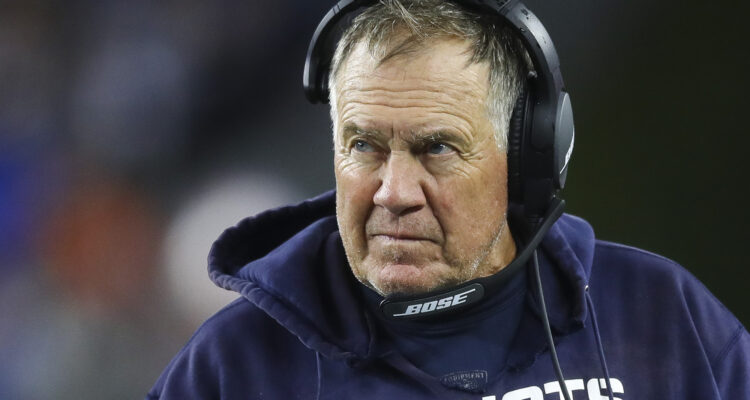 Bill Belichick: ‘I am proud of my Croatian heritage’

NFL head coach Bill Belichick threw down a gauntlet as he took to the podium during the Super Bowl LI press conference. He had just won his fifth Super Bowl ring, and he wasn’t interested in playing small. He didn’t just lay down the law on Tom Brady and the New England Patriots, he laid down a challenge to the media. He challenged them to lay down the rules.

Bill Belichick, the “Patriot” coach, stated that he is proud of his Croatian heritage. Belichick’s Croatian connection goes back more than half a century, though he never hid it. During his playing days back in the 1960s, Belichick was a part of the New York Jets’ famed “Kangaroo” defense.

You won’t find a crazier, more intense, more knowledgeable football coach in the NFL than Bill Belichick. He once held up a live rat in a press conference to clarify one of his most controversial comments. He also traveled with his family to Croatia, where they held a football clinic for children.

Record-breaking In a television series that aired on Croatian television on Monday night, NFL coach Bill Belichick (67) expressed his pride in his ancestry.

The famous New England Patriots coach, who is one of just three coaches in NFL history to win six championships since playoff play started in 1933, came on the HRT1 show Opstanak, where he discussed his Croatian ancestors.

His grandparents, Ivan Bilicic and Marija Barkovic, came in the United States from Croatia over 100 years ago, according to the NFL’s longest-tenured current head coach, who has won four Super Bowl titles in a seven-year period.

“In 1915, my grandpa moved to the United States and obtained citizenship. My grandpa came here on his own, married to Mary (Marija), to work in the coal and steel industries of western Pennsylvania. Mary decided to come over and search for him after two years. She boarded a boat and arrived in the United States, and they were reunited and began their family,” Belichick explains.

“There was not a lot of English spoken in my grandmother’s home. My father spoke Croatian, and my mother picked it up fast, so she enjoyed conversing in Croatian with my grandmother, her brother, and other Croatians who happened to be in the home. To tell you the truth, until someone spoke to me in English, I had no idea what was going on.

Belichick and his children recently got the chance to travel to his grandparents’ country.

“We traveled to my grandparents’ house in Draganic, which is outside of Zagreb. As a result, we have a graphic representation of where they grew up and lived. It was crucial for all of us since it was my first time doing it. It was wonderful to share it with our children; Stephen has a Croatian tattoo on his arm and wears it proudly.”

Belichick says he is especially proud of his Croatian ancestry, which he emphasized in the summer of 2018 when Croatia advanced to the FIFA World Cup final in Russia.

“I kept a close eye on them and hoped for the best for our squad. I wear the shirt while the game is on TV to show my support, and I’m extremely proud of the soccer team, handball team, water polo team, and, of course, fantastic basketball players who have come out of there. I’ll see what we can do about finding a few of (American) football players from Croatia, where I know there are some big, athletic youngsters. I am proud of my ancestry; it is something that will always be a part of me, and I maintain touch with my Croatian cousins, family, and relatives. He added, “I am extremely proud of that.”

What ethnicity is Belichick?

He is a Caucasian male.

No, Pete Carroll is not Croatian.