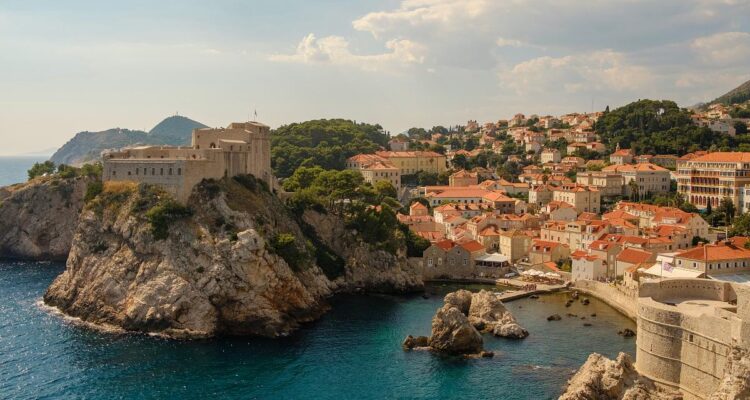 Croatia’s Poisonous Snakes – What To Look Out For And Do

Croatia is one of the most beautiful countries in Europe. It is rich in natural beauty, offering a variety of landscapes, from lush forests to the Adriatic Sea. What? No mention of dangerous wild animals? Well, it turns out that Croatia is home to a number of snake species, some of which are dangerous. They don’t harm humans, but you should know what to look out for and do in case you encounter one.

Do you like woods and wildlife? Are you frightened of snakes? If this sounds like you, then you need to be extra careful if you are traveling to Croatia. The country is home to a vast array of snakes, and many of them can be deadly. In this article, you will learn about the most common venomous snakes found in Croatia, what to do if bitten by one, and how to avoid getting bitten in the first place.

Is it true that there are snakes in Croatia? Yes, but only a small percentage of them are really poisonous…

In Croatia, there are around 15 distinct types of snakes, although only three of them are poisonous. However, a variety of variables influence the poison’s efficacy, including the snake’s size, the age and size of the person bitten, the location of the bite on the body, and if the snake has previously captured prey and emptied poison bags.

In Croatia, the Common Adder is known as Rivka

This snake is not aggressive and will only bite if it is startled or disturbed. Bites may be very painful, although they are seldom deadly. The common adder may be found in a variety of habitats and terrains. It eats small animals, birds, lizards, and amphibians, as well as spiders, worms, and insects in certain instances. Adults reach a total length of 60 to 90 cm (including the tail) and a mass of 50 to 180 g.

This snake is Europe’s tiniest viper, with a hefty body, a narrow head, and a rough look. Adults have a total length of 40–50 cm. On the top of the skull, there are usually numerous huge scales or plates. Only 19 rows of strongly keeled dorsal scales exist, and black skin frequently appears between them. It is gray, brown, or yellowish in color, with a dark undulating dorsal stripe that is black-edged.

Viper with a horned nose (Poskok)

Because of its enormous size, long fangs (up to 13 mm), and high venom toxicity, the ‘Poskok’ is said to be the most deadly of the European vipers. This snake may be found all throughout Croatia, from the north to the islands. The snake may reach a maximum total length of 95 cm (body + tail), but most individuals are less than 85 cm. A single “horn” on the snout, right above the rostral scale, is their most distinguishing feature. Males have irregular dark brown, dark gray, or black patterns on their heads. From behind the eye to the angle of the jaw, a broad black line runs. The iris is typically golden or coppery in color, while the tongue is usually black. Females have a color pattern that is comparable to males’, although it is less prominent and striking.

If you are bitten by one of these in Croatia, you should remain completely motionless and immobilize the arm or limb where the bite occurred in order to prevent the venom from spreading. You should call 112 (the national emergency number) or have yourself transported to the closest hospital as soon as possible.

How do you know if a snake is dangerous?

Snakes are dangerous if they have a triangular head and are found in the wild.

What do you do if you see a venomous snake?

If you see a venomous snake, the best thing to do is leave it alone. Venomous snakes are not usually aggressive and will only bite if they feel threatened or cornered.

Are snakes in Croatia poisonous?

Yes, snakes in Croatia are poisonous.