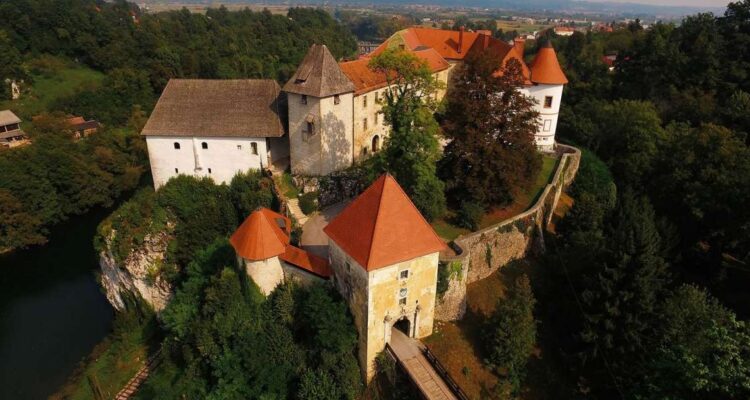 Croatia is a beautiful country with a variety of scenery, but the islands of the Adriatic are the most impressive. I have done some research on the top ten castles in Croatia, and they are all amazing.

Croatia is one of the most popular destinations in Europe, and it’s easy to see why – with its stunning coastline, dramatic mountains, fascinating culture, exciting cities and charming towns, the country has something for everyone. Many of Europe’s finest castles have a home in Croatia, and with its sights ranging from the enchanting to the spectacular, the country offers a multitude of options for a truly memorable trip.

Croatia is a beautiful country with many unique and beautiful attractions. And its not only the famous Adriatic Sea which makes Croatia so popular, but also the colorful islands, which are the most beautiful places in the country.

Croatia is home to a plethora of beautiful castles.

There are several lovely fortifications and ruins with stunning views of the surrounding countryside, but we’ll save them for another day. Many others, like as the lovely Lunica castle in Zaprei, Vojkovi castle in Oroslavje, and Miljana near Kumrovec, are utilized for different purposes.

Some are also in poor condition, but this adds to their authenticity, such as the Zwilling castle in Opeka and the lovely Zrinski-Frankopan castle in Severin na Kupi.

So, here is a list of Croatia’s “only” eleven well-preserved and beautiful castles.

One of Croatia’s most magnificent castles. It was a minor medieval castle in the 14th century, located in northern Croatia, in the Varadin County. The Drakovi family transformed the castle into a Neo-Gothic residential manor-house, the surrounding environment into magnificent Romanticist gardens, and the valley into a lovely big lake in the nineteenth century. Armour, paintings, literature, and baroque furniture may all be found in the castle’s museum.

It was once a magnificent medieval burg dating from the 14th century, and it is now one of many jewels in northern Croatia, located in the Varadin region. It was expanded by the Vragovi family in the 17th century, and after many owners, it ended up in the hands of the Pongratz family. It is surrounded by a park that is now a cultural monument, although only in sections, since the rest of the 7-hectare park has been converted to lawns. Even so, it is an amazing structure where the renowned movie-drama “Glembajevi” (based on an even more famous novel) was shot.

This magnificent castle may be seen in Zagorje, near Desini. The current look of this Medieval and Renaissance fortress comes from the 16th century, although it was constructed in the 12th century. Old cars, ethnographic artifacts, swords, paintings, and ceramics are on display, as well as a description of the Ratkaj family, the museum’s most renowned proprietors. The mythical and tragic forbidden love story of Veronika Desini, a peasant girl (or small noblewoman), and Frederick II., Count of Celje is well-known in Veliki Tabor.

The Museum of Peasants’ Revolt in Hrvatsko Zagorje is housed in a beautiful baroque castle in Gornja Stubica, Hrvatsko Zagorje. The castle was constructed on the site of a medieval fortification in the 18th century. It is a well-preserved castle with a church and a garden with a large monument dedicated to Matija Gubec, a peasant uprising leader.

Feteti castle is located near the city of akovec and is one of the most charming castles in Meimurje. In the 16th and 17th centuries, the Zrinski aristocratic family ruled here. In the 19th century, Count Feteti renovated the castle in Neo-Gothic style. It used to be the Feteti family’s summer retreat, but now it serves as a local elementary school. As a result, it cannot be seen on the inside, but it is so lovely on the exterior that it had to be here.

The castle was constructed in 1903 near Donji Miholjac, northern Slavonia, and has 50 rooms, many towers, ornamental chimneys, and terraces in the English Tudor style. The building was commissioned by Count Ladislav Mailath since his previous castle didn’t have enough beds to accommodate Emperor Franz Joseph’s party. It is situated near the Drava River and is surrounded by a lovely park that formerly housed a bowling alley. The castle now serves as a venue for municipal administration as well as special events and concerts; it is not a tourist attraction, although it may be visited by request.

Built in the Neo-Baroque style in the 19th century and surrounded by magnificent gardens and a lake, this castle and museum is located in the heart of Naice. It was the residence of Ban Ladislav Pejaevi, a 19th-century Croatian, and subsequently his granddaughter, the renowned (and first) Croatian musician Dora Pejaevi. A “Small castle” constructed in Neo-Classical style in the early twentieth century is also nearby. In Virovitica, there is also a lovely late-Baroque castle called Pejaevi, which might be number “7 and a half” on our list.

The medieval village of Ozalj, located above the Kupa River, was constructed in the 6th century, but was transformed into a fortress in the 18th century and given its current appearance. This lovely castle is reached by a bridge that formerly served as a guardhouse. The Zrinski and Frankopan families were among the aristocratic families that resided here. The castle is currently a museum dedicated to historical architecture and art.

A magnificent woodland surrounds this hidden treasure in Gorski kotar, near Ravna Gora. According to tradition, not even Turks in the 16th century could approach the Frankopan family’s fortress. It was revived in the Romantic style in the nineteenth century. It is now a hostel, but the fantasy ambiance outside is one of the most stunning views in this region of Croatia.

This is a castle (villa) in Stari Grad, Hvar, Croatia. In the 16th century, it was the vacation home of Croatian poet Petar Hektorovi, although it has been in the family since 1448. It’s a plain Renaissance structure, devoid of the ornate flourishes that adorned homes at the period. A sea-water fishpool, arcaded terrace, tower, and lovely garden may be found within the courtyard. The castle is situated on the bay’s edge while also being encircled by lush gardens.

Dio Castle is situated in Slavonia, northeastern Croatia, 7 kilometers north of Daruvar. Built in 1904, it is one of Slavonia’s newest fortresses. It was constructed for their daughter Marija by the Noble family Tüköry – Alajo and his wife Paula.

The castle was returned to Croatian hands in 1995.

Croatia has a lot to offer for every type of traveler – from the ancient beauty of Dubrovnik to the wild landscapes of Krk. Here are 11 of the most stunning castles in the country, so you can see for yourself exactly what to expect from this destination.. Read more about dubrovnik, croatia and let us know what you think.