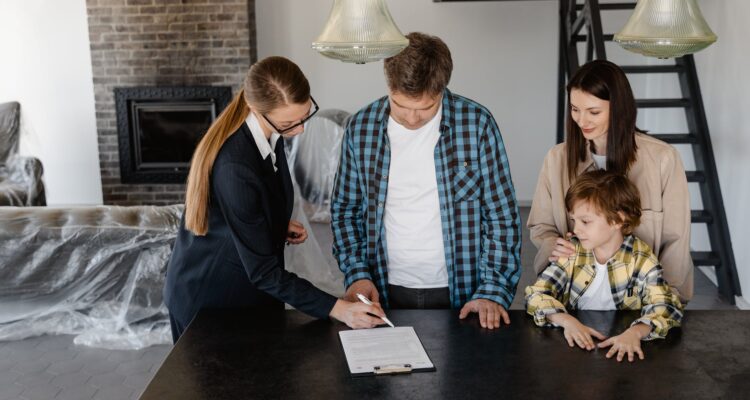 Buying properties and real estate is always a good investment. Buying real estate in foreign countries is even better.

One of the countries that seem like a good place to start would be Croatia. Hugged from the west by the Adriatic Sea, Croatia’s blessed with a lovely shoreline, turquoise water, appealing islands, and breathtaking nature. As such, Croatia attracts a lot of potential buyers and investors.

However, buying a house in a foreign land isn’t as easy as one might think. So, on that note, we’ve decided to really get into this problem, leave no stone unturned, and find out once and for all – can foreigners buy property in Croatia?

Where Is Croatia, And Is It A Good Country To Live In?

Croatia lies in south-eastern Europe and is a former republic of a once-mighty Yugoslavia. It borders Serbia, Slovenia, Bosnia, Montenegro, and Hungary and is just a few miles away from Italy.

Located on the eastern banks of the Adriatic Sea, Croatians enjoy a semi-Mediterranean climate, with hot, dry summers and mild winters along the coastline but very harsh and cold winters in the rest of the country.

Croatia’s been a part of the European Union for almost ten years at this point, which has made its mark on the lives of people living there. Overall, life’s good in Croatia. Whether you live in the capital or near the shoreline, there really isn’t too much to be worried about.

Overall, Croatia’s a pretty decent place to live in, especially if you enjoy living near the sea.

Why Should You Want To Buy A Property In Croatia?

We’ve established that life’s pretty good in Croatia, but is that enough for you to buy a property over there? Well, we certainly think so.

However, in case you disagree – here are some other things to keep in mind.

• The geographical location is excellent.
• The cost of living is low.
• Owning a property in Croatia is an investment opportunity.
• You could end up obtaining permanent residentship and citizenship.

Now, we don’t know about you, but all four of these sound pretty appealing to us.

Is Croatia A Good Place To Retire?

To put it simply – Croatia’s a perfect destination for retirement.

As we have just mentioned, Croatia has a pretty low cost of living, especially compared to some of the western countries. Basically, with western European pensions and a bit of life savings, you could spend the rest of your days living without a care in the world if you move to Croatia.

Additionally, Croatia’s a small country population-wise. The entire country has just over 4 million people, so if you’re not a fan of the crowds like most seniors aren’t – this is the spot to be.

Are Properties Expensive In Croatia?

If you just take a quick glance at Croatia real estate market, you’ll notice that the price of properties and real estate is more than affordable.

Even though the price per square meter has been steadily increasing over the past several years, they are pretty great compared to some other European countries. Keep in mind that most people looking to buy a house in Croatia are from western or central Europe or North America, and to them – the prices are ridiculously affordable.

The countries prohibiting foreigners from buying a property “on a whim” are Andorra, Denmark, Hungary, Iceland, Malta, and Poland. Luckily, as you can see, Croatia is not on the list.

Can Foreigners Buy Houses In Croatia?

Just because Croatia wasn’t on the list from earlier doesn’t mean that anyone can just come in and buy property on Croatian soil. In fact, there are some restrictions you should know about if you’re planning on investing in real estate in this country.

Namely, if you’re a foreigner from a country that’s not part of the EU, you can buy a property under the Principle of Reciprocity, and to do so, you must first obtain consent from the Ministry of Justice, and the only way you can obtain it is if your country has a reciprocity agreement with Croatia. For instance, India is one of the countries that doesn’t have it, so Indian citizens can’t buy property in Croatia.

On the other hand, if you’re a resident of a country that’s with the EU, you have the same rights as Croatian citizens when it comes to purchasing properties.

However, this only applies to real estate. Foreigners can’t buy agricultural lands and forests. At least until next year.

Can I Own Property In Croatia?

As you just saw, there aren’t too many obstacles preventing you from owning a property in Croatia. In fact, if you buy a house and you spend eight years living there – you’ll even become eligible for citizenship.

Are There Property Taxes In Croatia?

Another great thing about Croatian laws concerning real estate is the Croatian tax policy. Namely, there are no yearly taxes like in some other countries. Instead, you pay one lump sum when you purchase a property, and you’re set for life.

What’s even better is that tax rates are very low. It all depends, but you probably won’t have to pay more than 3-4% of the property’s estimated value or property’s purchase price.

Final Thoughts – Is Croatia A Good Place To Buy Property?

It’s located in a beautiful part of the world, it has a remarkable shoreline, plenty of islands, lovely nature, good people, exquisite food, and most importantly – astonishingly low property prices.

All in all – buying a house here would be an excellent decision.