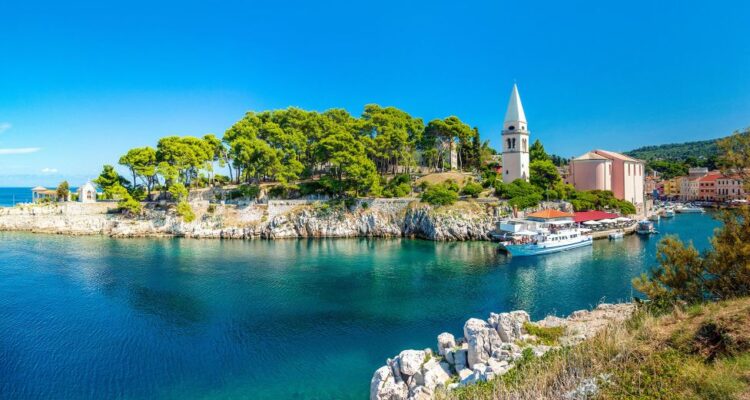 American Hitchhiking Through Croatia: ‘Croatian People Have Been Amazing’

I’ve spent the last few weeks in Croatia, and I’ve had the time of my life. The Croatian people have been amazing, and I’ve had great adventures in the Adriatic. The Croatian people have been so welcoming and friendly, and it’s been an absolute pleasure traveling through their beautiful country. I’ve met some great people, and I’ve seen so many beautiful places. I highly recommend visiting Croatia if you get the chance.

When I first saw a picture of Croatia, I was immediately attracted to the country’s scenic beauty. I had read about Croatia as a beautiful place to visit, but I wasn’t expecting to fall in love with it. It was as if Croatia had a magical effect on my soul. My journey was filled with excitement, adventure, and a lot of laughter. I was welcomed everywhere I went by smiling faces. The people of Croatia are very friendly and welcoming.

I spent last weekend (July 18-22) hitchhiking through Croatia. And I really loved it.

Daniel is traveling his way through Croatia.

4 October 2019 – ZAGREB – Hitchhiking has a lengthy history, however it is no longer fashionable in today’s world. Hitchhiking is a wonderful way to explore a nation and learn a lot about the people and culture of a location, according to experienced hitchhikers.

Hitchhikers may have a negative or positive opinion about the country’s inhabitants based on their interactions with strangers.

An American traveler traveling from France to Vietnam for maximum cultural immersion is presently travelling through Croatia, experiencing a side of the country that few visitors see.

Daniel, a native of Los Angeles, is hitchhiking from France to Vietnam and recording the journey on his YouTube channel Thumb Life. He’s recently returned from a month traveling throughout Croatia, where he claims he got to experience a more intimate aspect of the country and its people.

“During that period, I learnt a lot. Hitchhiking has allowed me to see several places in Croatia, including Slavonski Brod, Opatija, Rovinj, and Zagreb. I’m also frequently interacting with Croatians, and as a result, I’ve learnt a lot about their culture, such as how they like sitting outdoors for hours, sipping coffee, and conversing. I’ve been welcomed into residents’ houses and have had the opportunity to partake in native cuisine and drink customs such as unka and rakija. I’ve spent hours in the vehicle with people hitchhiking, so I’ve learned about superstitions like ‘propuh,’ and that sitting in the corner of a square table indicates you won’t get married,” Daniel says.

Daniel claims to have walked several routes in Istria and visited Hum, the world’s smallest village. Apart from the natural beauty of the nation, he has been most influenced by his interactions with the people.

“I was given a Croatian soccer shirt by a farmer in Đakovo as he told me it would be easier for me to get rides hitchhiking if I wore it.  Many tourists come to Croatia to relax on the seaside and don’t have the same kind of experience I am fortunate to have.  On the contrary, the whole point of my travel is to have maximum cultural immersion. Personally, I can’t find the words to describe the incredible experience I’ve had in Croatia so far. The people have been very hospitable and made me feel welcome in their country. Locals have always been friendly and helpful whenever I ask for directions or where is a good place to wait for hitchhiking. The food has been delicious and the scenery is beautiful. Local Croatians that I’ve met have been fascinated by my story,” Daniel says.

Croatians have been very kind and welcoming.

Daniel is in Croatia, where he is spending time with the people.

Daniel, wearing a Croatian football jersey, is going to be interviewed on the radio.

“Labin was my favorite location since it was lovely and close to the sea. I’ll go south from here, so there may be another great spot, but for now, Labin. It had an amazing forest and sea combo. The sunka and kulen were two of my favorite meals. Also, Croatian bakeries are fantastic. Every morning, I have breakfast there. Daniel says, “You have an amazing country.”

Daniel is traveling his way through Croatia.

I have been living in Croatia for a little over a month now. I have found that most Croatians are incredibly friendly and open, not exactly what I expected from the country in which I was born. Once I learned the language, my experience with the locals was incredibly similar to that of many tourists.. Read more about croatia entry requirements covid and let us know what you think.